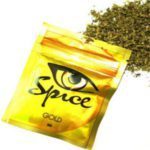 The influx of synthetic drugs coming to the United States is alarming. Over the last several years there has been report after report regarding the dangers associated with using synthetic marijuana and bath salts (MDPV). The products appear benign, but they are sprayed with chemicals that, when ingested, can cause severe side effects. Most recently, South Florida has had 18 deaths tied to a synthetic drug known as Flakka (alpha-PVP) or Gravel, a cousin of MDPV.

Why are these drugs so dangerous? The answer is that the chemicals used to make these insidious drugs are made in China, where there’s little oversight – meaning these drugs can go to market without being tested. It is often the case that users have no idea what to expect when they consume synthetic drugs and the results can be fatal.

The U.S. Drug Enforcement Administration (DEA) is working to combat the growing problem of synthetic drugs. Recently, the DEA arrested Haijun Tian, a leading manufacturer and exporter of the chemicals used to make synthetic marijuana, more commonly known as Spice, The New York Times reports. Haijun Tian was arrested at Los Angeles International Airport (LAX) after landing on his way from China.

The DEA is hopeful that Tian’s arrest will shed light on the synthetic drug industry. As soon as the U.S. bans a particular chemical, manufacturers overseas tweak the formula in order to stay ahead of authorities.

“There’s an illusion of legality,” said Scott Albrecht, a special agent in the D.E.A.’s Milwaukee district office. “We make one thing illegal, and they just move on to the next one.”

The recent DEA sting which resulted in Tian’s arrest is major, Chinese synthetic drug manufacturers rarely come to America, according to the article. An informant told investigators that the chemical produced in Tian’s lab is used for about 70 percent of the spice sold in the U.S.