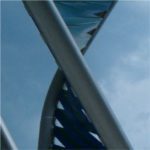 Efforts to develop more effective methods of cocaine addiction treatments are a major focus in the field of recovery. Recovering from cocaine addiction is extremely difficult; and relapse rates are especially high – even after long periods of being drug free. New research suggests that alterations in our DNA which occur during drug withdrawal could shed light on the development of more effective methods of treatment, Science Daily reports.

The findings come from researchers at McGill University and Bar Ilan University. The research team found that when a person withdraws from a drug, a reprogramming of the genes in the brain that lead to addictive personality occurs, according to the article.

“We inherit our genes from our parents and these genes remain fixed throughout our life and are passed on to our children; we can do very little to change adverse genetics changes that we inherit,” says Moshe Szyf, a professor in the Faculty of Medicine at McGill, “In contrast, epigenetic marks such as DNA methylation act as switches and dimmers of genes- they can be switched on, off, or dimmed — by epigenetic drugs inhibiting DNA methylation and removing methyl marks from these genes.”

Using epigenetic drugs on rats, such as the DNA methylation inhibitor, RG108, the researchers wanted to determine if they could stop addictive behavior. The research team found that current methods of addiction treatment might aggravate rather than inhibit addiction.

“The mainstay of current approaches to treating addiction might actually aggravate it,” says co-author Gal Yadid, of Bar Ilan University. “Our research suggests that because the changes in addiction involve numerous genes, our current approaches will continue to fail if we target one or few targets in the brain, but more research is needed to confirm if these new avenues hold promise.”

The findings were published in the Journal of Neuroscience.