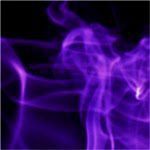 E-cigarettes continue to gain popularity as more and more young people turn to the devices as a source of nicotine. In reality, there has been little research which has pinpointed the dangers of e-cigarette use, and many argue that the devices are not an effective smoking cessation device. A major concern regarding e-cigarettes is the fact that there is practically no regulation and the nicotine e-juices which users vaporize come in host of fruity flavors which appeal to teenagers. In fact, new research suggests that teenagers are just as likely to try electronic cigarettes as traditional cigarettes, Science Daily reports.

“E-cigarettes have become increasingly popular among Canadians,” said David Hammond, lead author on the report and a professor in the School of Public Health and Health Systems at Waterloo. “Now one in five youth will try vaping before graduating high school.”

Researchers at the Propel Centre for Population Health Impact at the University of Waterloo found that approximately 20 percent of teenagers between 15 and 19 try e-cigarettes, the same percentage of teenagers who experiment with traditional cigarettes. However, unlike the United States, Canada has not approved the sale of e-cigarettes containing nicotine.

“There is no question that e-cigarettes are a harmful consumer product because of all of the chemicals users inhale. However, because they don’t produce smoke, they are significantly less harmful than smoking,” said Professor Hammond, who testified to the House of Commons Standing Committee on Health in November.

The University of Michigan’s Monitoring the Future survey found that U.S. teenagers in middle and high school are more likely to use e-cigarettes more than traditional tobacco products. Researchers argue that the rise in use is the result of teens’ belief that e-cigarettes are less harmful. While most e-cigarette shops age verify their customers, it is still quite easy for teens to purchase the devices online.

The findings were published in Tobacco Use in Canada: Patterns and Trends.