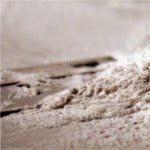 The country of Colombia has a long history with cocaine, from the coca fields to production and international distribution. Efforts to curb cocaine production in Colombia have been a major priority for decades here in the United States. While America’s efforts have drastically diminished the presence of the highly addictive drug throughout the states, cocaine still finds its way across the border.

One of the largest cocaine prevention efforts is a joint herbicide spraying program between the U.S. and Colombia. While the herbicide, glyphosate, proved effective, a new report by the World Health Organization (WHO) finds that glyphosate may cause cancer, Time reports. After 20 years of spraying glyphosate on Colombian coca fields, the new finding may end the program – resulting in a cocaine production boom.

More than 4 million acres of the Colombian coca fields have been sprayed with glyphosate, a chemical which has been linked with tumors in rats and mice, according to the article. The WHO report points out that there is some evidence suggesting that coca field workers are at an increased risk of developing non-Hodgkin lymphoma.

A nationwide study was conducted concerning hospital visits. The research indicated that people who lived in coca production areas had a higher incidence of rashes, respiratory problems and miscarriages between 2003 and 2007.

In response to the report, Colombian President Juan Manuel Santos has urged the Colombian National Narcotics Council to discontinue aerial spraying of glyphosate.

“The risk does exist,” Santos said. “We need a system that is more efficient and less damaging.”

“There is not one single verified case… of cancer being caused by glyphosate,” said Brownfield.

The WHO report was published in The Lancet Oncology.