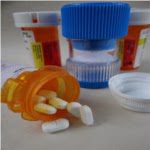 The growing demand for prescription opioids with abuse-deterrent properties is a huge step forward in the fight against prescription drug abuse in America. Sadly, insurance companies are not willing cover the new, potentially lifesaving drugs. Last year, Massachusetts passed a law mandating insurances companies to cover abuse-deterrent opioids at the same level as other opioids, NPR reports. In Maine, a bill is under consideration that would require the same, and states from Vermont to California may adopt similar bills.

Currently, there are only three prescription opioids approved as abuse-deterrent by the FDA. While these drugs are more expensive, they reduce the ability of abusers to tamper with drugs so that they can be snorted or dissolved for injection. If insurance companies are unwilling to cover these types of drugs, it is unlikely that they will reach the millions of people abusing prescription opioids.

In the two years after Pfizer introduced an abuse-deterrent formulation of OxyContin, overdoses related to the drug dropped 19 percent, according to a study published last month. The findings are a clear indication of the need for these types of prescription painkillers. Abuse-deterrent OxyContin is more difficult to crush and turns into a gooey gel if it is crushed, making it almost impossible to inject or snort.

Naturally, the insurance companies are arguing against legislation that would require coverage of abuse-deterrent drugs, according to the article. They argue that it will drive up the cost of monthly premiums. What’s more, many in the field of addiction medicine are not convinced that abuse-deterrent drugs will have the desired outcome, and are calling for greater access to addiction treatment.

A former president of the Northern New England Society of Addiction Medicine, Dr. Mark Publicker, says the new opioids are not abuse-proof. Instead, he argues that lawmakers should focus on increasing access to treatment.