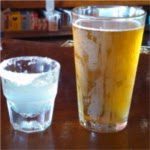 The practice of mixing energy drinks with alcohol is quite common amongst teenagers and young adults. There is a misguided belief that the mixture of the two allows one to drink for a longer period of time, and heightens one’s ability to safely drive while under the influence. While the energy drink may give the feeling of being more alert, in actuality users are just as intoxicated as those who did not mix highly-caffeinated drinks with alcohol. What’s worse, new research suggest that teenagers who mix energy drinks with alcohol are four times more likely to meet the criteria for alcohol use disorder, Science Daily reports.

“These findings are concerning,” said Jennifer A. Emond, MSc, PhD. “They highlight that mixed use of alcohol and energy drinks may signal the development of abusive drinking behaviors among adolescents.”

At Dartmouth College Norris Cotton Cancer Center, a study led by James D. Sargent, MD with first author Emond, researched a sample of 3,342 adolescents and young adults aged 15-23 years old recruited across the U.S. The authors point out that the majority of studies concerning the risks of mixing alcohol with energy drinks have focused on undergraduate college students.

The research team found that, of adolescents aged 15-17 years old, 9.7% had consumed an energy drink mixed with alcohol, according to the article. The data indicated that among that age group, those who mixed the two had much greater odds of binge drinking and meeting the criteria for alcohol use disorder.

“Abusive alcohol use among adolescents is a dangerous behavior that can lead to injury, chronic alcohol use and abuse, and even death,” said Emond. “Identifying those most at risk for alcohol use is critical. Given that this is a sensitive issue, it’s possible that clinicians, parents, and educators might open dialogues about alcohol use with adolescents by starting the discussion on the topic of energy drinks.”

The findings were published in the Journal of Pediatrics.