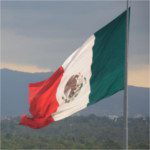 In the last decade it became a lot harder to manufacture methamphetamine in the United States. There was a time when the majority of meth used by Americans was produced in clandestine labs across the country. Efforts to curb the problem came mostly in the form of restrictions on products that contained pseudoephedrine – the main ingredient for the production of the drug. People were no longer able to visit several pharmacies and supermarkets a day to buy large quantities of over the counter decongestants which contained pseudoephedrine, such as Sudafed ®.

While such efforts had a dramatic effect on meth production in America, unfortunately cartels south of the border seized the opportunity – creating super labs for the large scale production of meth and the intended market was Americans. The restrictions meth cooks face in this country are practically non-existent in Mexico, making it an ideal location for meth production.

California, which also shares a border with Mexico, confiscates the bulk of methamphetamine entering the country. Between October and April, 9,431 pounds of meth was seized by authorities at six California border crossings, according to the article.

“We started noticing the increase with meth in fiscal year 2014, so we noticed an increment on crystal meth and obviously it all starts from the demand, you know. They’re demanding this drug,” U.S. Customs and Border Protection spokeswoman Marcia Armendariz said.

Mexican methamphetamine tends to be more pure and is much cheaper to purchase than American made meth. A pound of meth used to cost $30,000, but today, a pound of Mexican meth can be acquired for $8,000 to $10,000, the article reports.