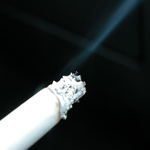 While the legal age to purchase and consume cigarettes is 18 years old, there are many that argue that the brain is not fully developed at that age. Science indicates that the use of tobacco products has a greater effect on the developing brain and can lead to medical conditions down the road.

Last Friday, the Governor of Hawaii signed a bill that will raise the legal smoking age to 21 statewide, Reuters reports. The passing of the law will make Hawaii the first state to raise the legal age to consume tobacco. The law will go into effect on Jan. 1, 2016.

“Hawaii continues to be a leader in tobacco prevention and control,” said Director of Health Dr. Virginia Pressler in a statement. “Partners statewide have come together to support this monumental legislation that once again puts Hawaii at the cutting edge of public health policy and protecting the health of our youth.”

The new law will also apply to the use of e-cigarettes. When the law is in effect you must be 21 or older to purchase or use e-cigarettes.

“Raising the minimum age as part of our comprehensive tobacco control efforts will help reduce tobacco use among our youth and increase the likelihood that our keiki (children) will grow up to be tobacco-free,” said Governor David Ige.

Going forward Hawaii’s legislation and the implementation of this law will be an interesting case study. For example, how will those who are age 18-21 and have already started smoking deal with this change in the law? Also, will the state provide new smoking cessation programs?

We will stay tuned!