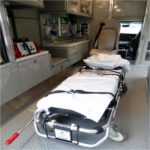 Across America, from small towns to major cities, there is hardly a place that hasn’t felt the sting of the opioid epidemic ravaging families in every demographic. Sadly, efforts to combat prescription drug abuse have led addicts to turn to heroin – a drug that is less expensive and more powerful. Heroin can be found in a variety of strengths, depending on the drug’s level of purity; it is quite common these days for heroin dealers to cut the drug with the powerful opioid analgesic Fentanyl – essentially boosting the toxicity of an otherwise inferior product.

Last month, in the small industrial city of Marion, Ohio, a surge of overdoses took place linked to heroin laced with Fentanyl, The Huffington Post reports. The batch of heroin is thought to have originated in Chicago, the drug exhibited a blue tint and was so powerful it killed two people and sent thirty others to the hospital.

In the small city of just 37,000 people, at least one person a day has required the need of emergency services everyday for the past year, according to the article. While the municipality, like some many other American cities, is no stranger to heroin, the recent outbreak of overdoses over a 12-day period is unprecedented.

“We were going from one to another to another, sometimes going back to the same house twice in one day for two different people,” said Police Chief Bill Collins.

The batch of heroin, known as “blue drop,” is thought to have been responsible for 56 overdoses and five deaths here since mid-April. The recent surge in overdoses underscores the need for greater naloxone access. Naloxone, sold under the brand name Narcan, can reverse the effects of an overdose if administered soon enough. If paramedics had not been carrying naloxone, many more would have died during the Marion crisis, the article reports.

Fortunately, Ohio is a state that will give naloxone to anyone willing to be trained to administer the lifesaving drug. Last year alone, emergency services administered naloxone 15,493 times, according to the state health department.