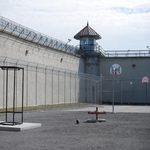 Stopping inmates’ methadone treatment is the most common practice, with almost 90 percent of people being denied access, or forced to undergo phased withdrawal from the medicine, when they are imprisoned, according to researchers. The research team set out to find the potential impact this practice was having.

“What we are doing with methadone in our correctional system is we are systematically taking people off it,” said study author Dr. Josiah Rich of Brown University and Director of the Center for Prisoner Health and Human Rights at The Miriam Hospital in a news release. “It’s the only medication that is summarily stopped upon incarceration. This study questioned that policy to find out what happens,” said Rich.

The prisoners who were involved in the study were offered financial and logistical assistance for methadone treatment upon release, according to the article.

The study found that denying inmates methadone may heighten the risk of returning back to crime upon release. “For most of these people, the very reason they are caught up in the criminal justice system is related to their addiction to begin with,” Rich noted.

The findings were published in The Lancet.