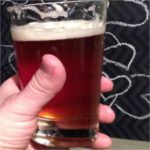 Teenage drinking, while quite common, can be extremely dangerous – leading to a number of serious health problems and can also lead to an alcohol use disorder (AUD) down the road. Over the last few years, there have been several studies published regarding the rates of underage drinking, as well as underage binge drinking in the United States. However, new research suggests that underage drinking of any kind is actually on a steep descent, USA Today reports.

Using data from the National Survey for Drug Use and Health, which measures drinking rates among those 12 and older, the Substance Abuse and Mental Health Services Administration (SAMHSA) found underage drinking among all people between 12 and 20-years old declined 21 percent, with underage binge drinking decreasing 26.4 percent. The data the report was concerned with came from 2002-13.

The reduction in underage drinking rates is the result of an increased focus on the issue at the federal, state and local levels over the past decade, says Rich Lucey, special assistant to the director at SAMHSA’s Center for Substance Abuse.

While SAMHSA’s findings are promising and suggest that efforts to curb underage drinking have been effective, it is important that we remember that there are still millions of underage drinkers. In 2013, 22.7% of American’s under the age of 21 reported having had an alcohol in the last 30 days, according to the article.

“While we’re always very happy about these declines, we can’t lose sight of the fact that we have approximately 9 million underage drinkers in the country,” said Lucey.

With regard to binge drinking [which is often considered consuming five or more standard drinks (male), or four or more drinks (female), over a 2-hour period] the findings were cause for concern, especially among people between 18-20-years old. Over the last twenty years, the rate of binge drinking for that narrow age group has remained between 39 percent and 44 percent, Lucey said.

“We as a country could all do a much better job … to really start to drive those numbers down because I don’t think any of us are comfortable with an alarmingly high rate of binge drinking among that population, especially when we know the consequences related to it,” said Lucey.