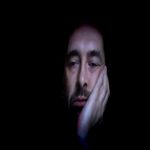 Despite mental illness affecting millions of Americans, there is a lot of stigma surrounding the disease. While we have come a long way with breaking down the stigma that accompanies mental illness, there are still plenty of misconceptions that people have about conditions such as bipolar disorder and depression.

“Project UROK is the resource I wish I’d had as a teenager when I was feeling isolated due to my severe anxiety, OCD, and depression,” said Jenny Jaffe, Project UROK founder, in an email to UpWorthy. “We’re creating a platform where all kinds of people can tell all kinds of stories related to mental illness in a way that’s friendly, fun, inclusive, and non-judgmental. My ultimate goal is a world where we think of mental healthcare not as a luxury, but as a basic human right. We can only do so if we stop being afraid to talk about what mental illness really is and what it actually looks like.”

“Until we can talk about mental illness as an illness that, like anything else, requires professional treatment and care, we will continue to think of mental illness as something to be kept a secret,” says Jaffe.

In the latest video, Wil Wheaton talks about his experience with mental illness. Wheaton is an actor, writer, and producer – he has worked on a number of highly acclaimed projects such as “The Big Bang Theory.” Please take a moment to watch.

If you are having trouble watching the video please click here.