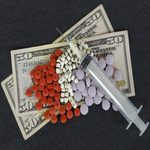 The U.S. Department of Health and Human Services (HHS) released a report earlier this month which found that heroin overdose deaths quadrupled from 2002 to 2013, doubling between 2011 and 2013. If anything else, the study was a clear indication that more needs to be done in the nation’s fight to curb the prescription opioid and heroin epidemic plaguing Americans.

In response, the agency announced that $100 million will be made available by the Substance Abuse and Mental Health Services Administration (SAMHSA) to expand access to substance use disorder treatment services, according to an HHS news release. The funding will give state and community health centers the ability to provide greater access to medication-assisted treatment (MAT) for opioid use disorder.

On top of the SAMHSA funding, the Health Resources and Services Administration will make an additional $100 million available to improve and expand substance use disorder services. Arguably, the greatest weapon the government has to counter the insidious opioid scourge plaguing Americans is substance use disorder treatment and greater access to the overdose reversal drug naloxone. If administered to overdose victims in a timely manner, the drug has the power to save lives.

“For those Americans who have fallen into opioid addiction and dependency, we can make the greatest impact by helping them move into recovery,” said HHS Secretary Sylvia M. Burwell. “This funding will expand access to medication-assisted treatment and help states and community health centers continue to improve their responses to the opioid epidemic.”

Secretary Burwell has a three pronged opioid initiative to address the problem. The initiative is evidence-based and focuses on three targeted areas: