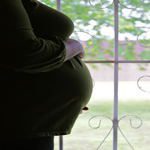 There are currently millions of Americans abusing opioids in one form or another, from prescription OxyContin ® to illicit heroin. While nearly every municipality has treatment options available, for one demographic it can prove quite challenging to find help. A number of expecting mothers who have found themselves in the grips of opioid addiction have limited options when it comes to finding treatment, USA Today reports. In fact, of the 11,000 treatment centers listed by the Substance Abuse and Mental Health Services Administration (SAMHSA), less than 2,000 have programs for pregnant women.

Women that use opioid narcotics during a pregnancy put their fetus at risk of developing Neonatal Abstinence Syndrome (NAS), just as using alcohol whilst pregnant can result in Fetal Alcohol Spectrum Disorder (FASD). NAS is the result of opioid withdrawal upon leaving the womb, and can cause serious health complications requiring extended stays in the hospital coupled with close supervision. The New England Journal of Medicine published a study which found that in the last decade the number of babies treated for NAS has almost quadrupled, according to the article.

“In many communities, women are left with very few options,” said Stephen Patrick of Vanderbilt University, who published a recent study on NAS. The study found that NAS accounts for $1.5 billion a year in health care charges.

With limited treatment options, many pregnant women will continue to use rather than face their own withdrawal. There are instances when treatment was made available to pregnant women, with a waiting list of just a few days. Although, for some, a few days is too long and they return to using, the article reports.

“When people hit rock bottom, there’s a small window to get them into treatment,” says Dawn Forbes, neonatologist at Kosair Children’s Hospital in Louisville.

The Vanderbilt findings were published in the Journal of Perinatology.