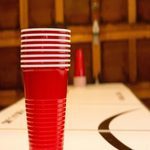 Many college students engage in drinking alcohol, and in many ways consuming alcohol is a big part of college life. College campuses around the country make alcohol a top priority, discouraging the practice of binge drinking and driving under the influence. While such campaigns may make an impression on students, causing students to be proactive about safe consumption, it turns out that protective measures taken by students when consuming alcohol may actually backfire, Reuters reports.

New research suggests that such practices may not have the intended effect and may be linked with greater consumption, according to the article. Lead researcher Melissa A. Lewis of the University of Washington in Seattle and colleagues surveyed almost 700 undergraduate students and 131 of their friends who planned to take a trip over spring break.

The participants were surveyed before and after their trip, answering questions about:

While the students planned to drink heavily on at least one day of their trip, the students reported having an average of five-and-a-half alcoholic drinks per day, the article reports. Having a friend tell you when you have had too much and making sure you went home with a friend were linked to more alcohol consumption and greater consequences.

Lewis points out that even though protective strategies were linked with greater consumption, it does not necessarily mean that they are not helpful with regard to getting home safe. However, she believes that students should focus on both reducing the amount of drinking and the consequences that accompany heavy alcohol consumption.

“When working with college students, we need to focus on why specific strategies are being used,” said Lewis. “For example, it is important for (doctors) to know if someone indicates they are using a designated driver to reduce specific consequences (driving under the influence) but also in order to drink heavily.”

The findings were published in Addictive Behaviors.