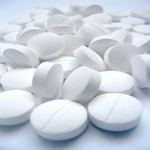 In the field of addiction treatment, medications are sometimes used off-label in place of medications that can be habit forming. While drugs like Seroquel XR ® (Quetiapine ER), an atypical antipsychotic, have been approved for treating schizophrenia, bipolar disorder, and major depression, the drug has proven beneficial and is commonly used off-label to treat anxiety and sleep disorders.

Using drugs like Seroquel XR ® off-label for a variety of disorders in a treatment setting makes sense because it lacks euphoric side effects, but it turns out that many doctors prescribe antipsychotics off label to the general public as well. In fact, new research suggests that antipsychotic drug use among adolescents is on the rise, despite the fact that the majority of patients using such drugs have not been diagnosed with a mental health disorder, The Washington Post reports.

The findings come from a data analysis of thousands of prescriptions written between 2006 and 2010.

A large percentage of patients taking antipsychotics had no outpatient or inpatient claim indicating a mental disorder diagnosis. The findings indicated that of those without a diagnosis and prescribed antipsychotics:

At times when mental illness was detected among adolescents, a number of doctors were using antipsychotics to treat attention deficit hyperactivity disorder and depression – off-label. The data indicated that more than half of young patients with mental health diagnoses taking antipsychotic medication had either ADHD or depression, compared to less than a quarter for those diagnosed with bipolar disorder or schizophrenia, according to the article. It seems alarming that antipsychotics appear to be scarcely used for that which they were approved.

“There’s a general consensus that great caution should be exercised with antipsychotic drugs,” said Mark Olfson, lead author of the study and a professor at the Columbia University Medical Center. “This raises concerns about whether the right caution is taken.”

“We need to do more to increase access to non-pharmacological options,” Olfson said.

The findings were published in JAMA Psychiatry.