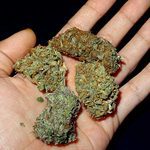 With more and more states adopting lighter stances on marijuana, both medical and recreational, many have had concerns about the effect it would have on teenagers. Medical marijuana has been approved in 23 states and D.C., and recreational use has been legalized in four states – with more expected to follow. While marijuana is considered to be one of the more benign mind altering substances, there is significant research that suggests the drug is harmful to developing brains.

“Our results may suggest that recent changes in public policy, including the decriminalization, medicalization and legalization of marijuana in cities and states across the country, have not resulted in more use or greater approval of marijuana use among younger adolescents,” said lead researcher, Professor Christopher Salas-Wright.

The study, conducted at The University of Texas at Austin School of Social Work, focused on teenage perceptions of marijuana and use in the United States between 2002 and 2013 – based on questionnaires from about 500,000 teens and young adults. The research indicated a 25 percent decline in use among younger teens during the time period, with nearly 80 percent reporting strong disapproval of marijuana use initiation, according to the article.

“Overall, our results suggest that important changes are underway in the perception and use of marijuana among American youth,” Salas-Wright said. “While our results reflect trends among youth at the national level, we were not able to look at localized differences in particular cities or states. As such, it is possible that we may see different patterns in areas more directly influenced by changes in marijuana policy.”

The findings were published in The American Journal of Drug and Alcohol Abuse.