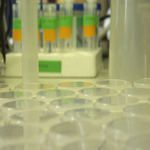 In the United States there are many families that are impoverished and require government assistance. In fact, at the end of 2012 there were 109,631,000 Americans who lived in households that received welfare benefits, according to the United States Census Bureau. In the last five years, nearly two dozen states have begun drug testing welfare recipients who were believed to be using drugs, USA Today reports.

“If you have enough money to be able to buy drugs,” says Colorado Rep. Jerry Sonnenberg, “then you don’t need public assistance.”

While such policies may seem to be sound and reasonable, new reports indicate that state funded drug testing mandates for welfare recipients could cost taxpayers more than they are worth, and may only serve to further stigmatize the impoverished.

The State of Arizona announced the welfare drug testing policy in 2009, and the taxpayers were led to believe that the program would save the state over $1.5 million. The reality was something quite different; of the more than 87,000 welfare recipients tested in the first three years after the program began, only one person actually tested positive and was disqualified from the program, according to the article. By 2012, the state saved exactly $560.

The program is administered by the Arizona Department of Economic Security. Now five years into the program, the department reports that 26 people have lost benefits due to the drug tests, but only three of actually failed the test, The Sierra Vista Herald reported in March 2015. The total saved to date was about $3500. While these programs appear to cost more than they actually save, there are some who believe that such laws are unconstitutional.

Each year more states investigate legislating drug testing for welfare recipients. For example, recently Texas, Montana and West Virginia considered legislation, while Michigan, Maine and Mississippi passed such bills. In the State of Florida their 2011 law was deemed unconstitutional and Governor Rick Scott announced in March 2015 that the state would not appeal this 11th Circuit Court’s ruling.