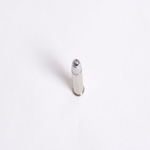 Time and time again, Americans are forced to confront what can happen when mental illness goes untreated. Every year, shocking stories about horrific events involving someone suffering from mental illness flash across our television screens. As a nation, we all sit aghast at the tragedies which unfold at the hands of the mentally ill, and we wonder what could have been done to avoid such incidents?

It’s has been almost three years since Americans, and the world, learned of the Sandy Hook Elementary School shooting in Newtown, Connecticut. On Dec. 14, 2012, a young man walked into to a school, shortly after killing his mother, and opened fire killing 20 children and six adults. The tragedy, not surprisingly, re-opened the age old conversation about gun control in America. On the other hand, the Sandy Hook incident also opened peoples’ eyes to what can happen when mental illness is left untreated.

One of the young girls who lost her life that fateful day was Avielle Rose Richman. Her parents, Jeremy Richman and Jennifer Hensel, founded the Avielle Foundation with the goal of educating people about mental illness, Tucson Weekly reports. Their mission is to break the stigma of mental illness so that people will advocate for their loved ones in need of treatment.

This week, Richman, a psychologist, will be in Tucson, AZ, to speak about The Science of Violence and Compassion at the 2015 Ben’s Bells Science of Kindness Conference, according to the article.

“We’ve evolved living and groups and communicating with one another,” says Richman. “There’s evidence that if we develop the ability to be more empathetic and compassionate, we’ll be healthier, wealthier and happier.”

If you are interested in attending the event on Friday Aug. 21 at 7 p.m. at the Banner-University Medical Center DuVal Auditorium, you can RSVP here. There is a requested $10 donation at the door. The DuVal Auditorium is located at 1501 N. Campbell Ave. Tucson, AZ.