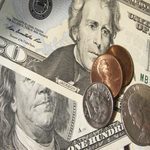 With, what appears to be, an ever growing opioid crisis facing America, the need for increased access to substance use disorder treatment is crucial. Reports indicate that in many areas of the country, the use of prescription opioids and heroin is having a far reaching effect – leading to an increase of overdose deaths and an exponential rise in the spread of infectious disease. While opioid abuse is a problem in rural areas, major cities have been especially impacted and many addicts are finding it difficult to find treatment which may be contributing to overdose rates.

Researchers at Roosevelt University in Chicago have found that a lack of Illinois state funding for treatment has led to Chicago having one of the nation’s worst heroin problems, The Chicago Tribune reports. After Texas and Tennessee, the report found that Illinois has become the worst in the nation for providing publicly-funded treatment for addiction. A reduction in funding for treatment services, the result of budget cuts, has directly contributed to Chicago having more heroin-related emergency room visits than any other city.

Without increased funding for treatment, the research team warns that the state will only exacerbate the problem. The state will end up having to pay for the problem in the long run, according to the article.

“If we want to make the heroin problem worse, we’re headed in the right direction. If we want to save money and lives, we need evidence based policies enacted immediately,” said Kane-Willis. “Illinois needs to provide more – not less- treatment, especially medication assisted treatment. We also need to scale up naloxone access so that fewer people die, and expand syringe programs to prevent the spread of HIV and hepatitis C.”

The study can be downloaded here: “Diminishing Capacity: The Heroin Crisis and Illinois Treatment in a National Perspective.”