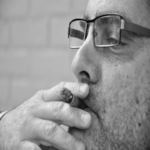 A growing body of research has led to heated debates about e-cigarettes with regard to safety, addiction, and their appeal to minors. While there is little question that nicotine is addictive no matter how it is consumed, there are many who feel that e-cigarettes are the lesser of all evils. New research suggests that e-cigarettes may be 95 percent safer than traditional cigarettes, The Guardian reports. There was no evidence to suggest that e-cigarettes were a gateway to tobacco.

“I want to see these products coming to the market as licensed medicines. This would provide assurance on the safety, quality and efficacy to consumers who want to use these products as quitting aids, especially in relation to the flavourings used, which is where we know least about any inhalation risks.”

“My reading of the evidence is that smokers who switch to vaping remove almost all the risks smoking poses to their health. Smokers differ in their needs and I would advise them not to give up on e-cigarettes if they do not like the first one they try. It may take some experimentation with different products and e-liquids to find the right one,” said one of the independent authors of the review, Peter Hajek, of Queen Mary University, London.