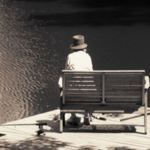 New research suggests that the elderly are twice as likely to take psychiatric drugs but are half as likely to see a psychiatrist, compared to young adults, UPI reports. The findings raise concerns about bad interactions between such drugs and the host of other medications older adults are likely prescribed.

“Our findings suggest that psychotropic medication use is widespread among older adults in outpatient care, at a far higher rate than among younger patients,” said Dr. Donovan Maust, a geriatric psychiatrist at the University of Michigan, in a press release. “In many cases, especially for milder depression and anxiety, the safer treatment for older adults who are already taking multiple medications for other conditions might be more therapy-oriented, but very few older adults receive this sort of care.”

The researchers found that older adults who take anti-anxiety medications, benzodiazepines such as Xanax ® (alprazolam) or Valium ® (diazepam), are more likely to experience decreased cognitive ability, according to the article. Taking benzodiazepines can also lead to falls and fractures among the elderly. Other concerns involve antidepressants, when taken with painkillers or high blood pressure medications, it can lead to increased blood pressure.

Using data from the National Ambulatory Medical Care Survey between 2007 and 2010, the researchers analyzed 100,661 doctor visits, the article reports. The researchers found that adults over the age of 65 had an average of 63 visits per 100 people for antidepressants and 62 visits per 100 people for anti-anxiety drugs. The age group had an average of 6.3 visits to a psychiatrist per year.


“While it’s still true that we have patients who are not getting treated for mental health concerns, these data suggest that we also need to be mindful of the possibility of overtreatment, especially given the changing balance of risk and benefit as patients age,” said Maust.

The findings appear in the Journal of the American Geriatrics Society.