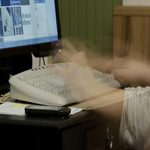 Over the last decade Americans have become ever reliant on social media outlets. Websites like Facebook and Twitter have become a part of everyday life, proven to be valuable tools for community in a world that appears to be more isolated as a result of the same digital tools. Today, a large percentage of old and young people alike rely on social media to stay in contact supplanting telephones and face to face meetings.

For those in recovery, a number of people have turned to social media for support, a practice that would seem to be helpful for maintaining long term recovery. However, new research suggests that online support groups may be less effective than face-to-face meetings, HealthDay reports. The findings may have to do with being honest, an integral part of programs of recovery.

Those who work a program of recovery are aware, and those just beginning the journey, will come to find that a successful program of recovery rests on honesty – not only with one’s self but with others as well. A group of individuals surveyed reported that they were more likely to be honest in face-to-face meetings than they were online, according to the article.
I re
The researchers involved in the study surveyed 141 women and 55 men, of which more than 90 percent had been active in recovery for more than a year. The participants had used both online and face-to-face support groups. The participants who attended face-to-face meetings more often were found to have a greater likelihood maintaining sobriety, compared to those who attended more online support groups, the article reports.

“One of the most hotly debated media issues today is whether our rapidly increasing use of social networking might be supplanting face-to-face-interactions and, if so, what the social consequences might prove for us as a culture,” study author Donald Grant, of Fielding Graduate University in Santa Barbara, California, said in a news release.

“With more and more people engaging in online sobriety support, the recovering community and professionals alike wonder what impact these modern platforms could have on both the future of Alcoholics Anonymous and its membership,” said Grant. “When comparing the short amount of time online sobriety support has even been accessible to the number of those participants currently engaging with it, the likelihood that its popularity will only grow seems probable.”

The findings were presented at the American Psychological Association (APA) annual meeting.