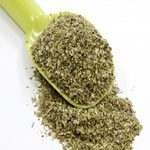 The United States has seen a disturbing rise in synthetic marijuana use over the summer, with major cities across the country reporting a surge in overdoses linked to the unpredictable drugs, CNN reports. Poison control centers have already reported 4,377 incidents of synthetic marijuana users experiencing adverse effects this year, an exponential rise from last year’s 3,682.

It is hard to even tag the word “marijuana” to synthetic marijuana, their side effects in no way mirror that of traditional cannabis. Nevertheless, such drugs are marketed to make potential users believe that they are going to not only experience a high that mimics marijuana, but also a high that is legal.

This week, police chiefs are meeting in Washington to discuss the creation of synthetic drug field tests, according to the article. Field tests would help police officers rapidly identify if a suspect is high on synthetic marijuana. Many synthetic marijuana users have violent episodes that can put first responders in danger, officers being able to quickly determine what they are dealing with would be helpful.

“These dangerous products do not belong on store shelves within our neighborhoods and are a threat to public health,” New York Police Commissioner William Bratton said in a statement to CNN. He called it “weaponized marijuana.”

Synthetic drugs are so unpredictable because there are variations in the chemicals from one packet of drugs to the next. Users often expect they will experience the same high as before, but end up with something completely different. The side effects of synthetic marijuana include:

The NYPD reports that there are more than 100 overdose cases a month at New York’s major trauma center, Bellevue Hospital, involving synthetic marijuana, according to the article.