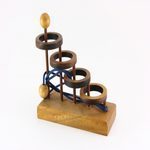 While the amount of research on marijuana continues to grow, there has been little research on the effects of the drug when mixed with other substances – despite the fact that many marijuana users drink alcohol and/or smoke cigarettes. It is worth noting that with the rise of relaxed views on the drug, there has been research conducted on the effects of mixing marijuana with alcohol when it comes to driving. However, most research conducted on marijuana with regard to the brain has excluded nicotine users from test samples, ScienceDaily reports.

A new study, conducted by researchers at the Center for BrainHealth at The University of Texas at Dallas, has brought nicotine back into the equation when it comes to marijuana research. The researchers found significant evidence to support reintroducing nicotine users into participant pools, finding visible differences in the brains of those who use both tobacco and marijuana compared to people who just use marijuana, according to the article.

“Approximately 70% of individuals who use marijuana also use tobacco,” explained Francesca Filbey, Ph.D., the study’s principal investigator and Director of Cognitive Neuroscience of Addictive Behaviors at the Center for BrainHealth. “Our findings exemplify why the effects of marijuana on the brain may not generalize to the vast majority of the marijuana using population, because most studies do not account for tobacco use. This study is one of the first to tease apart the unique effects of each substance on the brain as well as their combined effects.”

The researchers report that marijuana use is associated with shrinkage of the hippocampus, an area of the brain associated with memory; the smaller the hippocampus equates to reductions in memory function. Interestingly, the participants who used both marijuana and tobacco had a smaller hippocampus which was in line with people who just used marijuana; however, those who used both nicotine and marijuana had greater memory function, the article reports. The inverse relationship highlights the need for further testing on the interaction between marijuana and nicotine.

“We have always known that each substance is associated with effects on the brain and hypothesized that their interaction may not simply be a linear relationship. Our findings confirm that the interaction between marijuana and nicotine is indeed much more complicated due to the different mechanisms at play,” said Filbey. “Future studies need to address these compounding effects of substances.”

The findings appear in the journal Behavioural Brain Research.