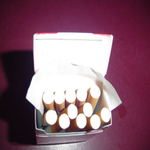 Quitting smoking is often times a process that can go on for years; few smokers successfully quit at their first attempt. A large percentage of smokers are fully aware of the dangers that cigarettes pose to their health, yet they continue to smoke anyway. While smoking rates have dropped significantly worldwide, the majority of smokers who consider giving up the habit do not take steps to make it happen, HealthDay reports. In fact, a new study has found that 75 percent of smokers in 21 countries are not considering quitting.

The findings indicated that Nigeria had the lowest rate of smoking at 4 percent, compared to Russia at 39 percent. The research was conducted by the U.S. Centers for Disease Control and Prevention (CDC). The researchers analyzed data on more than 57,000 non-American smokers. The research team separated the participants into three groups based upon where they were individually in the quitting process:

“Strategies may also include public education activities and media campaigns to motivate smokers at [the pre-contemplation] stage to think of quitting,” the researchers wrote.