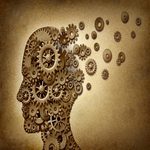 Under the Affordable Care Act (ACA) patients who were formerly uninsurable were given access to coverage for the first time. In conjunction with the Mental Health Parity Act (MHPA), which required insurers to cover mental health care and access to treatment, millions of Americans could finally get the care they desperately required. Mental health conditions plague millions of Americans from every demographic, access to effective evidence based treatments is crucial for the welfare of society as a whole.

Unfortunately, access to mental health care services may be negatively affected if two major insurance company mergers are allowed to come to fruition. The American Psychiatric Association (APA), which represents 36,000 physicians, has major concerns about the proposed mergers and has sent a letter to U.S. Assistant Attorney General William J. Baer pointing out the insurers’ history of denying mental health benefits, Reuters reports. The APA has warned antitrust regulators.

The two mergers in question are Anthem acquiring Cigna for $47 billion, making Anthem the largest U.S. health insurer. The second merger involves Aetna acquiring Humana; if this deal is allowed Aetna would become the largest provider of Medicare plans for older people. The APA notes that the insurers’ networks for mental health care are already sub-par, and would most likely get worse, according to the article.

The APA is not the only medical association with concerns about the proposed mergers. Government regulators have been asked to review the deals by:

“APA agrees with the American Medical Association, the American Hospital Association, and the American Academy of Family Physicians and shares their concern that these proposed consolidations will functionally leave the vast majority of health care administration in the United States to three major insurers, thereby eliminating consumer choice and encouraging insurers to raise prices and reduce quality of care in most markets,” the APA wrote.

“Furthermore, individuals with mental illness, including substance use disorders, are uniquely affected by the impact these mergers will have on access to psychiatric care in insurance plan provider networks. We request that the Department of Justice [DOJ] focus attention in its review of the proposed mergers on each company’s history of restricting access to clinically appropriate psychiatric care, as well as their ability to more severely restrict access to care if such acquisitions are permitted.”

Previous PostCollege Students Less Likely to be Advised by Doctors on Substance UseNext PostPatrick Kennedy: A Common Struggle – A Conspiracy of Silence