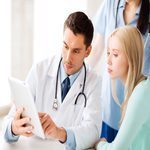 Screening college students for drug and alcohol use is of the utmost importance, crucial for spotting problems early and referring students toward appropriate assistance. Unfortunately, substance use problems often go unnoticed; problems get out of hand and serious consequences can result.

It is no secret that college campuses can be hotbeds of reckless drinking and illicit drug use; students find themselves in foreign environments and around new faces – the desire to fit in with one’s peers is great. Fitting in often involves drugs and alcohol, and in many cases at unsafe levels. Campus faculty and health centers work hard to address the issue, hosting educational seminars and encouraging students to ask for help.

The participants were asked if they had seen a doctor within the past year, and if their doctor had cautioned them about the risks of drug and alcohol use. The findings showed that less than half of those in college had been advised by their doctor, according to the article. Whereas, 53 to 57% of those not in school had been counseled about the dangers of excessive alcohol and drug use.

The researchers from the National Institutes of Health (NIH) found the results concerning, considering that college students report binge drinking or driving under the influence more often than those not in school.

“(But) they don’t always happen because providers, physicians, nurses and social workers don’t routinely ask every young person about their drinking, drug use or smoking,”  Hingson said.

A letter from the researchers was published in JAMA Pediatrics.