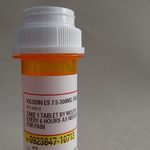 In states rampant with opioid abuse novel programs are being implemented to combat abuse with the hope of saving lives. Many first-time prescription opioid users get their first pill from other people’s medication bottles. A new pilot program in Illinois plans to disrupt that trend by putting locks on prescription bottles, the Associated Press reports.

“I’m pretty hopeful today for the youth who may not get mixed up in this awful disease,” said Nick Gore, a recovering addict. “It’s a bold move made by Illinois to set the tone for the rest of the country to follow.”

While most people are familiar with numerical combination locks on bicycles and gym lockers, in 2016 Illinois will be the first state in the nation to place combination locks on pill bottle caps. Participating pharmacies taking part in the year-long test will put combination lock caps on all prescriptions containing hydrocodone, drugs sold under the brand names Vicodin ® and Norco ®. The measure was signed this week by Gov. Bruce Rauner and the pilot program will be facilitated by the Department of Financial and Professional Regulation, according to the article.

“Too many Illinoisans become addicted to these powerful medications,” said state Sen. Iris Martinez, a sponsor of the bill. “This legislation will help prevent individuals who haven’t obtained a written prescription from using hydrocodone, a dangerous drug when used without a doctor’s supervision.”

Any steps taken to keep highly addictive opioid medications out of the hands of teenagers are important. It will be interesting to see how effective prescription bottle locks are for the prevention of opioid misuse and whether or not other states adopt similar programs. We will keep you posted on any further developments in this story.