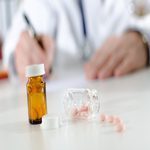 The Center for Disease Control and Prevention (CDC) estimates that 46 people lose their lives as the result of opioid overdoses every day. Despite the staggering death toll linked to prescription opioids, the Food and Drug Administration (FDA) continues to approve medicines that would seem contrary to the public’s welfare. The FDA approved Zohydro ®, a pure hydrocodone painkiller, last year even though the agency’s own advisory panel of experts voted against releasing the drug to the public.

When people think about the prescription opioid epidemic, the two drugs that most commonly come to mind are hydrocodone (Vicodin ®) and oxycodone (OxyContin ®). Zohydro’s approval was met with staunch criticism and some lawmakers attempted to ban the sale of the controversial drug. What makes Zohydro more dangerous than Vicodin? Zohydro is pure hydrocodone, whereas Vicodin is hydrocodone mixed with acetaminophen.

Now, a year later, steps are being taken to introduce a new powerful opioid narcotic to the market. An FDA advisory panel has unanimously approved a long acting oxycodone drug called Xtampza, against the recommendation of FDA staff, Reuters reports. Last week, FDA staff voiced fears that Xtampza would be abused and lead to overdose.

Xtampza is an experimental long acting opioid analgesic made by Collegium Pharmaceutical Inc. The drug is designed to be taken after a meal in order to be safe and effective. The FDA is concerned that if the drug is taken without food it could lead to misuse and overdose, according to the article.

The advisory panel’s approval bodes well for other pharmaceutical companies who have opioid narcotics in development, despite a separate advisory panel voting against a Purdue Pharma fast acting opioid last week. Nevertheless, there are a number of drug manufacturers developing abuse-deterrent painkillers – drugs that make it more difficult (not impossible) to abuse. Those companies include: