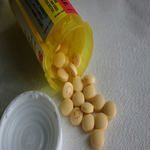 When people think of the prescription opioid epidemic that has been plaguing this country for some time now, often the first drug that comes to mind in OxyContin ® (oxycodone). The drug is quite effective at combating severe chronic pain and was widely prescribed by many primary care physicians since the late 1990s. Unfortunately, while effective at easing people’s pain, the drug is highly addictive and can be easily abused; this lead to a number of government crackdowns to minimize the drug’s presence and reduce the number of overdoses.

Oxycodone is now available in abuse deterrent formulations and doctors are a lot more cautious about whom they prescribe the drug. It may be shocking to learn that OxyContin ® was just approved by the Food and Drug Administration (FDA) for children as young as 11, The Washington Post reports. The approval, naturally, has been met with severe criticism and many claim that the FDA is putting the needs of Purdue Pharma (the makers of OxyContin ®) ahead of child welfare.

Sen. Joe Manchin III (D-W.Va.) has called for a Senate investigation into the administration’s decision, according to the article. Manchin told the FDA in a letter that they “should be absolutely ashamed of itself for this reckless act.” He believes that the FDA’s approval will result in “poisoning our children’s brains and setting them up for future drug abuse.”

The FDA’s approval of OxyContin ® for 11 to 16 year olds came from research on the drug which supported its use in limited situations. The agency claims that that the drug should only be used for severe pain when other drugs were ineffective.

“We understand there is a terrible problem with opioid abuse and addiction,” said Janet Woodcock, director of FDA’s Center for Drug Evaluation and Research. “But this is about evidence-based medicine for children — seriously ill children who are suffering pain.”