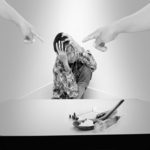 Teenage substance abuse is a major concern in the United States, minimizing adolescent exposure to mind altering substances that can disrupt the course of one’s life is of the greatest importance. As the nation continues the fight against the opioid epidemic in America and comes to terms with the growing marijuana tolerance in several states, educating young Americans about the dangers of substance use is crucial.

A new report for the Substance Abuse and Mental Health Administration (SAMHSA) has shown some promising findings in the way of teenage use of certain drugs and alcohol. However, the rate at which teens under 18 are using marijuana and heroin is rising, HealthDay reports.

“The data released today show some signs of progress,” Michael Botticelli, the White House’s Director of National Drug Control Policy, said in a SAMHSA news release. “However, we still have significant challenges to address. We know that evidence-based prevention efforts are the most effective way to reduce drug use and to support the roughly 90 percent of American youth who do not use illicit drugs.”

The findings from an annual survey involving about 67,500 Americans aged 12 and older showed that drinking among 12 to 17 year-olds fell from 17.6 percent in 2002 to 11.5 percent by 2014. The SAMHSA report found that teen prescription opioid use dropped from 3.2 percent to 1.9 percent during the same time period, according to the article. Tobacco use is also on the decline within that age group, 15.2 percent reported smoking in 2002, compared to 7 percent in 2014.

As for marijuana, in 2013 the survey found that 9.4 percent of teens 12 to 17 had used marijuana; in just a year’s time, that number rose to 10.2 percent which SAMHSA believes may be the result of increased adult marijuana use. Heroin use has been on the rise across the country, naturally some of the drug will find its way into the hands of teenagers. During the same time period, heroin use among minors rose from 0.1 percent to 0.2 percent, the article reports.