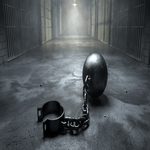 For too long people have been unfairly punished in the U.S. for having a disease, one that can be treated and managed if afforded the opportunity. Fortunately, a number of lawmakers, including the President, have found that punishing people using draconian drug laws does little to address the problem of addiction in America.

Over the summer, President Obama commuted the sentences of 46 nonviolent drug offenders, some of which were serving life sentences; this made a total of 89 commutations during his tenure, more than the last four presidents put together. Efforts are underway to do away with mandatory minimum sentences, which require judges to place lengthy sentences on drug offenders no matter the circumstances. As the nation grapples with an opioid epidemic the need to look towards treatment rather than prison is of the utmost importance.

“Today’s announcement is nothing short of thrilling because it carries justice,” said Jesselyn McCurdy, Senior Legislative Counsel at the American Civil Liberties Union, in a statement. “Far too many people have lost years of their lives to draconian sentencing laws born of the failed drug war. People of color have had to bear the brunt of these misguided and cruel policies. We are overjoyed that some of the people so wronged will get their freedom back.”