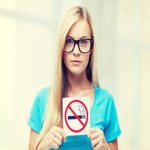 Over the summer, the state of Hawaii passed a law which changed the legal smoking age to 21. As of January 1, 2016, people in Hawaii under the age of 21 will no longer be allowed to buy tobacco products. There are many in the field of medicine that believe that 21 should be the legal smoking age across the country. In fact, the American Academy of Pediatrics (AAP) has released a statement urging the U.S. government to raise the legal smoking age to 21, HealthDay reports. The organization would also like to see the Food and Drug Administration regulate e-cigarettes in the same way they regulate traditional tobacco products.

“Most adolescents don’t use just one nicotine product but will commonly use or experiment with several,” said Dr. Harold Farber, one of the lead authors of the statement and a pediatric pulmonologist at Texas Children’s Hospital. “Research to date shows that adolescents who experiment with e-cigarettes and conventional cigarettes are much more likely to go on to become regular cigarette smokers and less likely to stop cigarette smoking.”

As of right now, only Hawaii and some 90 cities in various states have passed measures raising the legal smoking age to 21, according to the article. The AAP’s policy recommendation to raise the legal age is just one of two dozen similar recommendations. The hope is to reduce youth smoking and nicotine addiction through increased the regulation on:

The statement appears in the journal Pediatrics.