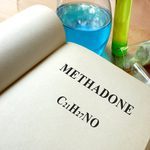 Methadone is a synthetic opioid used to treat pain and addiction. Over the years many heroin addicts have turned to methadone as an alternative to heroin. Some addicts manage to slowly step themselves down off of methadone towards abstinence; however, a number of others use methadone for years – what’s known as methadone maintenance.

While methadone is often considered safer than heroin, the drug is still an opioid and the potential for overdose is real. New research has found that genetic variations can influence the risk of a methadone overdose, HealthDay reports. The study was conducted by researchers at Washington University School of Medicine in St. Louis.

The researchers found that a person’s genetic makeup affects how an enzyme found in the liver metabolizes methadone, making a person more or less susceptible to an overdose.

“A person’s genetic makeup influences how an enzyme in the liver metabolizes methadone,” said principal investigator Dr. Evan Kharasch, professor of biochemistry and molecular biophysics at Washington University School of Medicine in St. Louis, in a news release.

“This explains why some people can have very high levels of methadone in their blood — high enough to trigger a potential overdose — even if they have received the same dose of the drug as others who are not affected the same way.”

Some of the 5,000 deaths caused by methadone overdoses every year in the United States could be prevented if doctors conduct genetic testing before prescribing the drug, according to the article. The findings indicate that blacks have a genetic variation associated with slower methadone metabolism.

“We think that may explain why African-Americans and Caucasian patients typically clear methadone at different rates,” Kharasch said.

The study appears in the journal Anesthesiology.