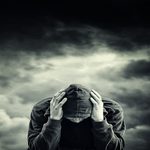 It’s time to talk about addiction in a different way.

It is time for the nation to treat addiction and mental illness in the same way as we do other potentially debilitating diseases. At the forefront of changing the dialogue about addiction is former Congressman Patrick Kennedy, the son of the late Senator Ted Kennedy. Patrick Kennedy was also a strong advocate of the Mental Health Parity and Addiction Equity Act of 2008.

After his father’s death, Patrick resigned from Congress and set out to change the way we look at and talk about diseases of the mind, CBS News reports. With nearly five years clean and sober, Kennedy has written a memoir – “A Common Struggle.” Kennedy writes about his own fight with mental illness and addiction, and the struggles of his family as well.

An Interview with Patrick Kennedy

If you’d like to watch the video, you can see it here.

Cottonwood Tucson offers a Family Program for all of our patients. Our Family Program is designed to deal with exactly the issues that Mr. Kennedy discusses and refers to as the pathology of silence.

Our Family Program is based on the theory that all behaviors are logical and learned. Family Program is designed to shift an unhealthy set of logical behaviors to a healthy set of logical behaviors: to create new patterns of behavior that allow for the recovery of the family and its loved one. The goal of Family Program is to create a shift toward a new way of interacting that is more useful than were the old patterns. The remarkable achievement of family week is that this shift is created in five days. Family week uses four core elements to create this shift: Education, Communication Training, Communication Enactment, and Multiple Family Group Support.