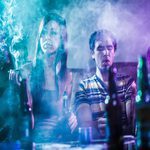 With more states adopting relaxed marijuana laws, it probably comes as little surprise that teenage use of the drug is on the rise. A new report from the Centers for Disease Control and Prevention (CDC) has found that teen tobacco use has dropped by 64 percent, but teen marijuana use has doubled, HealthDay reports. Teen marijuana use rose from 51 percent to 62 percent among those teens who smoked tobacco. The findings come from tracking teens smoking rates from 1997 to 2013.

The drop in tobacco use is a great sign, the researchers point out that there is still a lot of work to do. The report found that 30 percent of white, black and Hispanic teens smoked tobacco or marijuana in 2013, according to the article.

“The nation’s remarkable progress in reducing youth smoking since 1997 is great news, but the battle is far from over,” said Vince Willmore, vice president for communications at Campaign for Tobacco-Free Kids. “This study reminds us that we know exactly what to do to further reduce smoking: increase tobacco taxes, enact smoke-free laws, fund effective prevention programs and implement hard-hitting mass media campaigns. These proven strategies must be continued and strengthened.”

The director of the CDC’s Office on Smoking and Health, Dr. Tim McAfee, believes that the increase of teen marijuana use is directly linked to how the public perceives marijuana, according to the article. McAfee notes that marijuana may seem harmless, but the drug can have a serious impact on developing brains.

“Over the last 10 or 15 years, there has been a change in public perception of marijuana,” said McAfee. “There is the idea that marijuana is not something you need to worry about.”

The findings were published in the CDC’s Morbidity and Mortality Weekly Report.