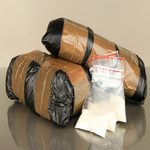 The connection between prescription opioids and heroin use is ever apparent, despite a lack of research to date to support the relationship. Over the past few years the federal government along with state lawmakers has implemented several strategies to curb the prescription opioid epidemic, many of which have shown great promise in the fight to reduce abuse and save lives.

Prescription drug monitoring programs (PDMPs) have made it much more difficult for addicts to see several doctors each month to obtain multiple prescriptions for drugs like OxyContin (oxycodone) and Vicodin (hydrocodone) – a practice known as “doctor shopping.” The Food and Drug Administration (FDA) has called for abuse deterrent formulations of the current prescription opioids available, drugs which limit people’s ability to use such drugs intravenously. Many states now hold prescription drug take-back days, which help keep unwanted or unused medications out of the wrong hands.

All of the aforementioned efforts have in fact reduced prescription drug abuse; however, they have had the unintended effect of increasing the demand for heroin – a cheaper and (now) easier form of opioid to obtain. New research suggests that many people who are using heroin today became addicted to prescription opioids first, HealthDay reports. The study found that prescription opioid addicts are drawn to heroin’s low price and ease of acquisition.

The findings come from a survey of 15,000 addicts undergoing treatment for opioid addiction. Interviews were conducted by researchers with 267 of the participants, of which more than half were addicted to prescription opioids before they began using heroin, according to the article. Three quarters of those interviewed reported using heroin because it was widely available and cheaper than prescription opioids. The rise in heroin use is directly linked to the government’s efforts to combat prescription opioid abuse, says lead researcher Theodore Cicero of Washington University.

“Prescription narcotics have become so expensive, and the access is fairly limited, that a number of people who would have previously shunned using heroin are now willing to use it because it is more accessible and cheaper,” said Cicero. “Not only is [heroin] more addictive, but one isn’t sure how pure it is, so overdoses are quite common.”

“If users can’t get a prescription drug, they might take whatever else is there, and if that’s heroin, they use heroin,” said Cicero in a news release.

The findings were published in the New England Journal of Medicine.