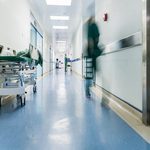 When someone struggles with substance abuse they tend to keep it a secret for as long as possible, an inclination that can be life threatening. While the public’s perception regarding substance use disorders has come a long way in recent years, there is still a notable amount of stigma surrounding the disease. Those struggling with addiction are often hesitant to reach out for help, for the fear that doing so will impact their social and professional relationships.

People who work in the field of medicine are usually held to higher standard when it comes to substance abuse, for the fact that doctors and nurses are charged with administering prescription narcotics on a regular basis – a job which requires a license. Naturally, the fear of losing one’s license to work in a particular field is a large obstacle in the way of people’s desire to seek help for a substance use disorder.

New research indicates that a significant number of nurses who admitted to using drugs and/or alcohol at work said they were unwilling to seek help because of concerns about confidentiality and the fear of losing one’s license, MedicalXpress reports. The findings come from a survey of 302 nurses.

The study found that 48 percent of respondents had used a mind altering substance while on the job, according to the article. 40 percent reported that their ability to perform was affected, 27 percent acknowledged that their patients were put at risk, and 25 percent indicated having acquired narcotics at work.

“We hope that our findings can be used to help improve awareness and understanding of substance use and mental illness among nurses and their professional peers, inform education and training efforts in nursing schools, encourage further research to explore the prevention and early identification of co-occurring disorders in healthcare settings where nurses work, and ultimately enhance public safety,” wrote the researchers.

The findings were published in the journal Substance Abuse.