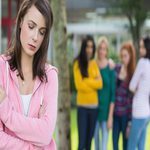 In the United States, bullying at school is a major cause for concern; the behavior can lead to teenagers being put in precarious situations. Teens who have been bullied are more likely to turn to mind altering substances to cope with their problem. Every year, a number of teenagers who are subjected to bullying choose to take their own life rather than continue with the abuse. There is a reason why a number of national campaigns are underway to end bullying at school.

It turns out that there may be a connection between bullying and attention deficit hyperactivity disorder (ADHD) medications, TIME reports. New research suggests that children prescribed ADHD drugs are more likely to experience bullying, compared to those who do not have the disorder. What’s more, the reasons for the bullying may have more to do with the diverting of medication, rather than the fact a child has a mental health disorder.

Over a four-year period, researchers surveyed nearly 5,000 children at five public schools, according to the article. The research team compared those who had ADHD to:

The findings indicated that ADHD medications may be the target of some bullies. The research showed that kids that had, either shared their medication or had it stolen from them, were four and a half times more likely to be bullied on a regular basis, the article reports.

“We know that among adolescents in the U.S., prescription stimulants are some of the most misused and shared diverted drugs,” says Quyen Epstein-Ngo, a research assistant Psychology professor at the University of Michigan. “We also know that bullying is a real issue. There was some research that suggested that kids were having their medication stolen or were being coerced into giving it away.”

Misuse and abuse of prescription stimulants, such as Adderall or Ritalin, is quite common in high school. The drugs will be used to gain an edge with studying through an increased ability to focus. ADHD medications are also used by kids that are partying, the drugs make users believe that they can consume more alcohol. It should be noted that stimulant drugs are highly addictive, and abuse can lead to serious health problems.

The Sweetwater program at Cottonwood Tucson, is fully equipped to treat adolescent girls who are abusing prescription stimulants. If you feel that your child may be abusing such drugs, please reach out to Cottonwood for help.