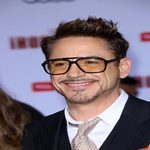 Addiction brings people to the depths of despair, stripping individuals of their humanity – causing them to do things that put their life and the lives of others at risk. It’s rare to find a recovering addict or alcoholic who does not have a criminal record, the result of past indiscretions. Many people find recovery for the first time after an arrest; a judge will order substance use disorder treatment and/or 12-Step meetings – a requirement that will hopefully be the catalyst for getting one’s life back on track.

While many of those people who are ordered to take part in a program of recovery will relapse and be re-arrested often resulting a jail time, a number of people will actually use the opportunity they have been given to learn how to live a life free from drugs and alcohol – becoming a productive member of society. Sometimes, those who manage to live a life of recovery can rectify the damage their addiction caused them, and be forgiven for their past crimes.

On Christmas Eve, California Governor Jerry Brown pardoned Robert Downey Jr. for a felony drug conviction in 1996, MSNBC reports. The Governor pardoned 91 people who had turned their life around and had been out of jail for at least 10 years. Downey’s pardon is a perfect example of the miracles that can accompany long term recovery, and should be an inspiration for people who are new to recovery.

A Los Angeles County Superior Court issued the actor a certificate of rehabilitation, according to the article. The judge stated that Downey has “lived an honest and upright life, exhibited good moral character, and conducted himself as a law-abiding citizen.”

For those who may be too young to remember, there was time when Downey was better known for getting in trouble with the law then he was for being a great actor. He struggled with drugs and alcohol for a number of years, which led to multiple arrests and even a three-year jail sentence in August 1999 for which he served nearly a year. One might think that a year in jail would have finally convinced the Oscar-nominated actor to change his ways, but it would be three more years of substance abuse before the Iron Man star would finally turn his life around.

“Job one is get out of that cave,” he said to Vanity Fair. “A lot of people do get out but don’t change. So the thing is to get out and recognize the significance of that aggressive denial of your fate, come through the crucible forged into a stronger metal.”

If you are new to recovery and have a criminal record that may be an obstacle in your life, keep on the road that you are on and good things will happen. Even if it takes 20 years, as with Downey, addiction recovery is worth it and anything is possible if one stays the course.