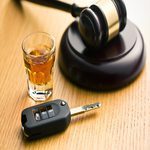 Many addicts and alcoholics are first introduced to 12-step recovery after experiencing a driving under the influence (DUI) arrest. Judges will often order those convicted of DUIs to attend 12-Step meetings and/or attend an outpatient substance use disorder treatment facility for therapy groups. Getting arrested for a DUI does not necessarily mean that a person has a problem with drugs or alcohol, but a number of people who attend 12-Step meetings find that their substance use has had a negative effect on their life and they may have a problem.

While the majority of people ordered to Alcoholics Anonymous and/or Narcotics Anonymous meetings will only stay sober/clean as long as they have to meet the requirements of the court, some actually realize that they have an unhealthy relationship with mind altering substances and choose to begin the journey of recovery.

Driving under the influence is extremely dangerous and results in thousands of premature deaths every year. Those who choose to repeatedly drive drunk or high, more than likely have a problem with addiction. Unfortunately, something terrible often needs to happen before a person realizes they have a problem. If you believe that your behaviors are having a negative effect on your life, and you repeatedly make decisions that put your life and the lives of others at risk – reach out for help before something happens that you cannot take back.

Teenagers and young adults are often the main target of DUI campaigns, and it appears that such efforts have not been in vain. New research suggests that teenagers and young adults are not driving under the influence as much as they used to, HealthDay reports. Self-reported driving under the influence of alcohol dropped by 59 percent among Americans ages 16 to 20, and by 38 percent among those aged 21 to 25 from 2002 to 2014.

“The decline in driving under the influence of alcohol is probably due to a combination of factors,” said lead researcher Dr. Alejandro Azofeifa, an epidemiologist at the U.S. Substance Abuse and Mental Health Services Administration.

The factors, according to Azofeifa, include:

The findings were published by the Centers for Disease Control and Prevention.