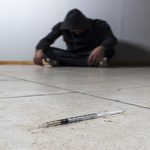 The scale of the prescription opioid/heroin epidemic in the United States has left no demographic safe. Whether rich or poor, educated or uneducated, old or young; opioid abuse has affected millions of Americans, and in a number of cases has cut lives short. Efforts to educate the public about prescription drugs has become a top priority in practically every state; many Americans have the misconception that legal means safe – just because a doctor prescribes a drug, does not mean its use comes without inherent risks. The lack of understanding regarding opioids has led many teenagers to experiment with drugs and some cases use has been directly linked to a progression to heroin.

Using data from Monitoring the Future (MTF), an annual study that focuses on the behaviors, attitudes, and values of American high school students, researchers sought to determine the link between nonmedical use of prescription opioids and heroin among high school seniors. The research showed that three-quarters of high school heroin users began with prescription opioids, ScienceDaily reports. The researchers looked at the associations between frequency and recency of nonmedical use of opioids and heroin among seniors.

The research indicated that females and children with both parents in the household were at the lowest risk of prescription opioid or heroin use, according to the article. White students were more likely to report opioid or heroin use than black or Hispanics. The findings showed that almost a quarter (23.2 percent) of seniors who had used prescription opioids more than 40 times had used heroin in their lifetime.

It is worth noting, that the Food and Drug Administration (FDA) recently approved the use of oxycodone for children as young as eleven. With research indicating that exposure to such drugs can lead to future abuse and heroin use, the FDA’s approval is nothing short of a slippery slope that could lead to future opioid addicts. Teenagers with access to highly addictive narcotics will likely result in medication diversions, resulting in the drugs ending up in the wrong hands.

The researchers involved in the study point out that future interventions should be aimed at decreasing non medical opioid use among adolescents, for preventing the initiation of heroin use. The findings were published in Drug and Alcohol Dependence.

If your daughter is abusing prescription opioids or heroin, please contact Cottonwood Tucson. Our 90-day Sweetwater Adolescent Girls Treatment Program for teen girls ages 13 – 17 has been designed to help girls and their families recover from addiction.