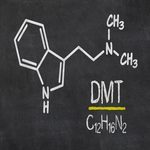 There are a number of drugs that exist that can have a profound impact on the mind, yet many people who use drugs illicitly have never heard of them. What’s more, some people claim that certain drugs can help break the cycle of addiction. Drugs with hallucinogenic properties are believed to open doors to spiritual worlds, bringing users on a journey that can be life changing.

American Indians have been using peyote since the dawn of history, shamans in South America drink a tea known as ayahuasca and in Africa ibogaine is used in Bwiti religious ceremonies. Unlike the more common hallucinogens used recreationally, such as psilocybin (magic mushrooms) and LSD, the aforementioned three are not for the light of heart – producing prolonged, and at times painful and sickening, vision quests. Such drugs are hard to find and are rarely used in a recreational sense. While the medical community holds that ayahuasca and ibogaine have no accepted medical use and a high potential for abuse, making them Schedule I narcotics, many of those who have experimented with these drugs argue otherwise.

Many people who have struggled with addiction, and have had little success with medically accepted methods of treatment, are turning to less orthodox methods. In fact, even though the use of such drugs is illegal, there is a religious loophole which enables people to use the drugs. Healers affiliated with the Native American Church can use Ayahuasca without fear of prosecution. This allows people who are looking for alternative treatments for mental illness, like addiction, to use the drug in certain environments.

As of January 1st, people looking to beat addiction through the use of ayahuasca, can purchase a retreat and use the drug on 160 acres outside Elbe, Washington, The Daily Beast reports. A psychiatrist and addiction expert in Spain, Dr. Josep Fábregas, is convinced that ayahuasca can heal various forms of addiction.

Ayahuasca is made by synthesizing two plants which are turned into a brew which contains a substance called Dimethyltryptamine (DMT), according to the article. Using ayahuasca to treat addiction is nothing new. A French physician, Dr. Jacques Mabit, opened a substance abuse treatment facility called Takiwasi in Peru. It’s a nine-month program where addicts can go to beat their addiction through the use of ayahuasca and communal living.

It will be interesting to follow the story of the Washington ayahuasca retreat, and it is important for people to understand that turning to alternative methods of substance use disorder treatment should be approached with extreme caution. There is little research to support using such drugs to beat addiction. If you or a loved one struggles with addiction, please contact Cottonwood Tucson.