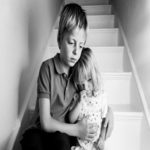 Addiction, left untreated, has the power to take everything from a person – including one’s life. It is a disease that does not discriminate about who it affects. It is not uncommon for people who abuse drugs and alcohol to lose their friends, family, and livelihood; what’s more, for those active in addiction who happen to be parents, it can cause the state to intervene and take away one’s children. Perhaps, even sadder, losing one’s children is not always a low enough bottom for addicts to change their behavior.

When you open the newspaper, or go online it is nearly impossible to not come across articles regarding the prescription drug and heroin epidemic; it is a problem that has taken a toll on our society – affecting almost everyone in one way or another. Perhaps you have a loved one battling pills or using heroin, maybe you have a co-worker who lost his job for failing a drug test. Even if the epidemic has not touched you, it is likely that you have some knowledge of the insidious crisis we face as nation.

While it is hard to ignore the fact that people are losing their lives to opioid overdose deaths every day, we cannot forget the children whose lives have been impacted by their parents opioid use as well – the collateral damage of an epidemic which has spanned over decade. The opioid epidemic in the United States has resulted in dramatic rise in children being sent to foster care, and has put a huge financial strain on overburdened child-welfare agencies, The Wall Street Journal reports. What’s worse, officials say that children are often caught the system for years because many parents relapse.

A number of states have seen a surge in foster cases related to opioid abuse. A Vermont state survey showed that 80% of cases involving a child under the age of three being taken into custody by child services were the result of opioid abuse, according to the article. During a six-month period which ended last March, the Indiana Department of Child Services estimates that 2,600 child interventions involved parental drug abuse, a 71% rise from two years prior.

You may be wondering why other family members cannot intercede and take the children in, avoiding foster care. It can be hard to find suitable temporary caregivers because opioid addiction commonly affects multiple family members, according to Susan Kovac, regional general counsel at the Knox County Department of Children’s Services in Tennessee.

As of September 2014, data from the Administration for Children and Families, part of the U.S. Department of Health and Human Services, shows that the number of children in foster care rose 3.5% from the previous year to 415,129, the article reports.

If you are a parent who feels that you or your spouse has a problem with prescription opioids and/or heroin, please contact Cottonwood Tucson. It is always best to seek help before the problem gets any worse. We can help you break the cycle of addiction, learn how to live free from drugs and alcohol and teach you effective relapse prevention techniques.