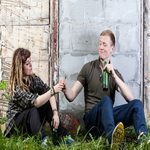 Humans have been brewing and distilling alcoholic beverages for  millennia, on top of being used for entertainment, it is used in many religious ceremonies. Worldwide, no other mind altering substance is used more than alcohol. The reasons for alcohol’s popularity are varied, but perhaps the greatest cause of use (in developed nations) is the fact that alcohol is legal. Historically, aside from tobacco which is more of a companion, alcohol has had little competition because most governments have outlawed all the other drugs.

Now, in the 21st Century, a number of states have voted to legalize marijuana, with more expected to follow, despite the fact that the drug remains illegal on the federal level. Other countries made changes or are taking steps to decriminalize the drug as well. As marijuana comes out of the shadows, a group of researchers attempted to determine if marijuana legalization has an impact on alcohol use, Science Daily reports. They reviewed more than 750 studies and their findings were published in the journal Alcoholism: Clinical & Experimental Research.

Researchers at the University of Washington wanted to know if legalization resulted in people substituting marijuana for alcohol, or if the policy change increased the consumption of both drugs. If people began drinking less, in lieu of using marijuana, the researchers believed it could mean a drop in alcohol related healthcare costs, traffic accidents and diminished workplace productivity due to alcohol misuse.

In 2006, excessive alcohol consumption cost the country $223.5 billion, according to the article. What’s more, alcohol abuse is the third leading preventable cause of death, and one-third of all automobile related deaths involve alcohol. While marijuana use can be addictive and lead to some medical issues of its own, it would mean that legalizing the drug was the lesser of two evils – especially if it saved lives.

“We chose to focus on alcohol because even relatively small changes in alcohol consumption could have profound implications for public health, safety and related costs,” said lead author Katarína Guttmannová, a researcher in the UW’s Social Development Research Group.

Unfortunately, as might be expected, reaching any clear-cut conclusions would prove to be a challenge for the researchers. The review showed that marijuana and alcohol were both substitutes and complements to each other, and more research would be needed.