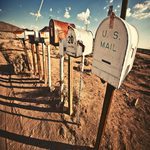 Addressing the opioid crisis in the United States has become a top priority among government officials on multiple levels, including President Obama. The prescription opioid epidemic and subsequent, concurrent heroin scourge cuts people’s lives short everyday; the crisis is tearing families apart and is bogging down both emergency health and mental health services. While it could be argued that huge strides have been made to combat the problem, the fact remains that a lot more needs to be done.

Before the crisis that we find ourselves in today, many people thought that heroin use was an urban problem, a drug that you may be hard pressed to find in rural America. However, today the reports indicate that some rural parts of the country have been the hardest hit. In response, President Obama has named Agriculture Secretary Tom Vilsack to spearhead an interagency effort to address prescription opioid and heroin abuse occurring in the rural parts of the country, The Washington Post reports. Vilsack has chaired the White House Rural Council since 2011.

White House Chief of Staff Denis McDonough said that Vilsack has seen how addiction and poverty, together, have continued to hold rural Americans from getting ahead, according to the article. Vilsack will use what he already has observed to develop policy solutions to fight the epidemic, and address:

“The whole point is to have the secretary of agriculture look across the [federal government] to see what unique capabilities agencies have to invest in blowing through these obstacles to opportunity in rural communities,” said McDonough.

Vilsack is not a recovering alcoholic or addict, but he has firsthand experience with such afflictions, the article notes. Vilsack’s adoptive mother battled with both alcohol and prescription drugs. Because the opioid epidemic has affected a staggering number of American families, Vilsack said he is hopeful that there could be bipartisan support in addressing the problem.