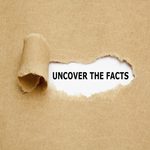 Next week marks the beginning of the seventh annual National Drug & Alcohol Facts Week (NDAFW), where the National Institute on Drug Abuse (NIDA) and the National Institute on Alcohol Abuse and Alcoholism (NIAAA) brings together students with scientists and other experts. The goal, according to the NIDA for Teens website, is to break the myths that teenagers have about drugs and alcohol. Most of what teens know about addictive substances they get from friends and major media outlets.

The five-day event starts January 25th and runs through the 31st. The agencies aim to raise awareness about the dangers of substance use and abuse. In the past, the event was hosted by NIDA and it focused only on drugs. Together with the NIAAA, the educational week will, for the first time, bring alcohol into the fold. Both organizations fall under the umbrella of the National Institutes of Health.

You can find out the location of events happening in your area next week, or if you would like, you can host an event yourself. The NIDA for Teens website will give you the tools you need to facilitate this. They will help you:

Of late, many teens have come to believe that marijuana is safe to use and will not have serious impacts, an idea which stems from the growing acceptance of marijuana use. However, research shows that the drug can have detrimental effects on developing brains. Teens need to be made aware that even marijuana is not without risks.

Preventing teens from using drugs and alcohol will greatly reduce their chance of having problems both in adolescence and adulthood. Shattering the myths of addiction is of the utmost importance, people who begin experimenting with mind altering substances at a young age have a much greater chance of developing addiction.