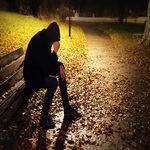 Depression is a mental illness which affects millions of Americans, if left untreated the results can be dire. It is mental health disorder that is often seen in the field of addiction, as many of those who abuse drugs and alcohol commonly suffer from depression as well. A significant number of people suffering from depression will use drugs and alcohol to self medicate, and while they may find temporary relief from their depression – the use of such substances only exacerbates their depression in the long run.

What’s more, it is well understood by those working in the field of addiction that if successful recovery is to be achieved, both the addiction and the depression need to be treated. Failure to address the depression often leads to relapse at some point. When both addiction and other forms of mental illness are at play, such as depression or anxiety, it is referred to as having a co-occurring disorder.

The U.S. Preventive Services Task Force has released new recommendations for the screening of depression, CNN reports. The new recommendations come from a panel of experts and are an addendum to advice given in 2009. The panel recommends that all adults be screened for depression at least once by their primary care physicians and screen pregnant women or those who have recently given birth.

The authors point out that depression is the number one cause of adult disability in high-income countries, and it estimated that 7 percent of adults in America battle with depression every year, according to the article. They add that depression increases one’s risk of death, diminishing the quality of life for not only patients but also their families.

“We believe that all practices should have adequate systems in place to screen, treat and follow up on depression,” said Dr. Michael P. Pignone, professor of medicine at the University of North Carolina School of Medicine and one of the authors of the recommendations. “I think compared to 15 years ago, more primary care practices are equipped to do this work.”

The recommendations were published in the Journal of the American Medical Association.