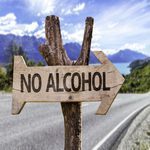 Despite being legal for adult consumption, the use of alcohol contributes to thousands of deaths every year. Excessive alcohol use is known to cause a number of serious health conditions that can be fatal, and those who drive while under the influence put their lives and the lives of countless others at risk. In one state, a program for those arrested for alcohol related crimes was actually associated with reduction in alcohol-related mortality rates.

The 24/7 Sobriety Program was launched in South Dakota in 2005, those involved undergo breathalyzer tests twice daily or wear bracelets that continuously check for alcohol, HealthDay reports. Researchers from the RAND Corporation found that the program was associated with a 4 percent drop in deaths. The findings were published in the journal The Lancet Psychiatry.

More About the Program

Almost 17,000 took part in the program between 2005 and 2011 in South Dakota; failure to comply with the rules would result in jail time, according to the article. Almost half of those involved were repeat drunk driving offenders, the others were arrested first-time DUI offenders and the rest were arrested for assault or domestic violence.

“Our findings suggest that criminal justice interventions that reduce heavy alcohol consumption may, in turn, influence mortality,” lead author Nancy Nicosia said in a news release. “Further work is needed to better understand how programs like 24/7 Sobriety affect not only participants, but also those who are not direct participants, such as their spouses, partners or peers.”

The program was also associated with a drop in drunk driving throughout the state, according to the article. A previous RAND Corporation study showed that in the first five years of the 24/7 program, repeat drunk driving arrests on a county-level dropped by 12 percent. What’s more, the researchers found that domestic violence offenses fell by 9 percent during the same time period.

Other states plan to adopt similar programs, and hopefully such programs will achieve the same results. If you or loved one is struggling with an alcohol use disorder, please contact Cottonwood Tucson.